The story so far.

Dave Alex was born, in 1954, In Leicester and brought up near Mkt. Harborough in an environment of Photography and Theatre inspired by his Father, Artist/Photographer….. Alec Riddett.

Early ambitions of being a Musician, Cartoonist, Performer, puppeteer, etc were constantantly overshadowed with the Magic of Film making and  Stop Frame Animation even though He wasnt sure what that entailed.  Encounters with the film work  of Georges Melies, George Pal,  Ray Harryhausen, Terry Gilliam  and the early effects work of Derek Meddings for Tv programmes such as Fireball XL5 and  Thunderbirds , seemed to make sense….

Dave made his first films at school on an old 8mm camera  firstly crudely animating his toy Action Man figures and later involving his friends and trying to incorporate  what he  imagined were special effects   ( almost getting expelled from one school when a particularly SFX heavy fire and explosion scene got a bit too realistic ).

Prompted by his Film tutor, Adrian York, Dave moved to Bristol  in 1977  to attend the Universities renowned  Radio Film and Television  post graduate course under the  leadership of Prof. George Brandt. “a most productive period of my life that gave me some of the best training, in all aspects of film making, that I could have wished for”.

After a  time Freelancing  he, initially,  went back to work with the University Film unit as a Film cameraman and Technical supervisor with the RFT course. By the mid eighties and having amassed a collection of Bolex Film cameras he returned to freelancing.

During this fruitful period Dave Alex and Dave Borthwick continued making films together and eventually, in a small basement studio, they co founded, what was to become, the film collective BOLEX BROS. Creating, Throughout the 80s several short films, music promos and TV title sequences.

Later the basement studio also played host to Three low budget TV serials with such inspiring  titles as ‘False teeth from beyond the stars’ and ‘Attack of the Atomic Banana’, Photographed and Directed by Dave Alex.

In 1985 Dave took some time out to cross the Atlantic in a 45′ Yacht armed only with two clockwork Bolex cameras filming the documentary ‘Emilys Voyage’.

It was also in the mid 80s that Dave began his professional association with  Peter Lord and Dave Sproxton at  Aardman Animations.

From lending a hand with the Moon sequence on Nick Parks “A Grand Day Out”  Dave Alex continued his long time collaboration with Nick Photographing ‘The Wrong Trousers’ ( with Tristan Oliver ) and has since  remained a regular Director of Photography on the subsequent Wallace and Gromit short films ‘ A Close Shave’ and ‘A Matter of Loaf and Death”.

Following  the success of ‘Wrong Trousers’ Dave Alex was taken on, full time, by Aardmans as a staff Cinematographer/Director in the mid 1990s, initially as Director of Photography for ‘ A Close Shave ‘ and by the latter part of the decade he was preparing, as Senior Director of Photography, for the companys’ first Feature Film, ‘Chicken Run’

“This was a giant stepforward from Aardmans earlier  short films, in terms of scope and technique,   however I am happy that it still retained  that handcrafted quality  that I love in stopmotion storytelling”.

Internationally, This still remains one of the most successful ‘stop frame’ feature films and although shot on good old 35mm film, achieving the majority of its effects ‘incamera’, was one of the first feature length films to embrace digital grading throughout.

In 2000, for his work on Chicken Run, Dave was nominated for a BAFTA for achievement in special visual effects.

After a  period Directing Commercials Dave Alex teamed up again with Fellow Director of Photography, Tristan Oliver, for Wallace and Gromits’  First Feature Film ‘Curse of the Wererabbit’.

Renowned film Critic , Mark Kermode stated that ‘Wererabbit’ “had, in his opinion,  the best cinematography of the year”….now there’s a guy that appreciates a good movie…

And a gold Kermode statuette, for the cinematography, takes pride of place on Daves’ desk.

Daves connection with Wallace and Gromit remains… having returned as DOP on most of their major outings From their TV series ‘World of Inventions’  to a recent Wallace and Gromit Proms special ‘Musical Marvels” , and including numerous stills projects , several advertising campaigns and, in 2011, Dave was very proud to have Photographed a series of W & G  Christmas stamps for the Royal Mail .

In 2011 Dave Supervised a High Definition rescan and regraded the Three early Wallace and Gromit short films;  A Grand Day Out, Wrong Trousers and A Close Shave.

Other  projects have included a music promo with Nick Park, Several TV series projects (including Shaun the Sheep and Creature Comforts USA), work with the wonderful Theatre group ‘Forkbeard Fantasy’ and is in the process of creating several “Behind the scenes” short films (utilizing Daves large archive of material ) which he hopes will encourage  future film makers.

2013 –  2015 collaborated  with  fellow Cinematographer  Charles Copping on  the Feature ‘Shaun the Sheep the Movie’ and series 4 and 5 of the Shaun TV series.

Early Man , released in 2018 gave Dave Alex another opportunity to Work, as DOP, with Nick Park .

Dave Alex completed contributing to the second Shaun the Sheep Feature Film ‘ Farmageddon’ and   the 6th TV series of Shaun.

At the time of writing Dave  has just finished working as Director of Photography on ‘Robin Robin’ due for release in the latter part of 2021    A  Project of which he is particularly proud.

Dave Alex currently working as Senior Lighting Camera on Chicken Run 2 ; The Dawn of the Nugget.  Later this year he will be preparing as Director of Photography on the New Wallace and Gromit Feature Film due to commence Shooting in 2023. 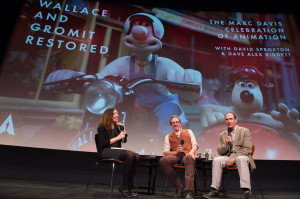 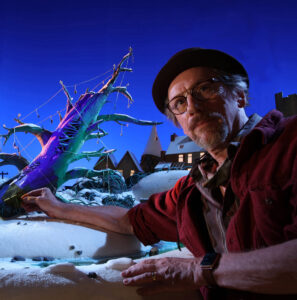 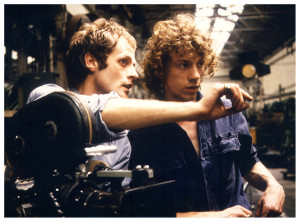 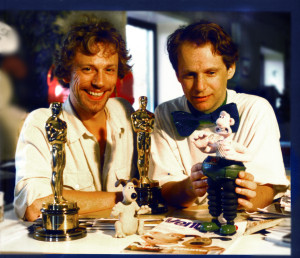